In social media, creativity counts: a look at 3 campaigns

In a world mostly limited to 140 characters, creativity counts.

One of my favorite parts of working in social media is thinking outside of the box. Even if you’re only tweeting for yourself and not a brand, you always want people to remember you give them a reason to come back

Keep it simple. Whether it’s a tweet to a Facebook status update to a contest – if my content isn’t creative, it doesn’t go out. That way, I’m always challenging myself to be better and my readers, followers and fans benefit.

Some brands are really good at being creative, and some really stand out. Here are three examples I’ve seen over the past few months that have piqued my interest:

Sony: The Roommate
Sony has placed ads around the U.S. featuring an ad and a phone number.

If you call it, you’ll get a recording featuring Leighton Meester, the star of the movie The Roommate.

Levi’s is asking interested parties to send in a short video using the company’s Facebook page explaining why they think they should be picked. The winner gets a six-month paid gig working with the Levi’s Guy to engage with Levi’s fans on Twitter and Facebook.
And, one has to assume that jeans are OK in the office. Win!

The MLK Reading Project lets people record and share their favorite King quotes and hear what other people are saying.

“The simple act of reading Dr. King’s message aloud reinforces its timelessness. Let your recording be a symbol of support,” the site, www.chevymlk.com <http://www.chevymlk.com> , reads. “Awaken his spirit in all of us.”

Not only is the campaign timely because of last week’s holiday, but the Martin Luther King Jr. National Memorial opens Aug. 28 in Washington, D.C. Chevrolet says it will celebrate the occasion by adding new content between now and the opening. 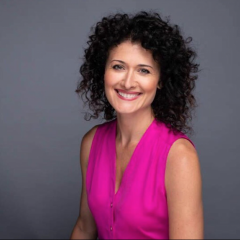