The Internet is a scary thing for some people.  But Mark Britton, CEO of Avvo.com, assured us during They Said What?! How to Manage Your Online Reputation and Tackle Defamation Online, our opinion should not be skewed by the 90’s hit The Net.  International internet terrorists are not taking our information and plotting against our lives. The Internet is actually taking us back in time and closing the gap between people and products.  Before websites, companies relied on word of mouth marketing to grow their business, and those owners who interacted with their community were the most successful.  Thanks to Web 2.0, the same is true today; it’s just happening on a different platform.

A large factor in closing the gap between people and products is reviews.  If you have a product or offer a service, of any kind, you will be rated and reviewed.  This is a fact.  It’s what you do with those reviews that sets you apart from competition and defines your online reputation.

Mark, who founded and owns a review website, shared a story about a coastline erosion research project, which took place along the same shore the one and only Barbara Streisand resides on.  Aerial photos were taken during this project and among the thousands of homes along the shore that were photographed was Barbara’s.  This is where Mark’s warning comes in: don’t be Barbara.  She was horrified that her home was photographed and immediately sued the research company.  A long story short, Barbara lost the lawsuit and thousands of photos of her home were circulated on the Internet because she stomped her feet and yelled, instead of having an open, positive conversation.

This theory of don’t be Barbara translates perfectly to reviews.  There are going to be negative reviews, but they are nothing to be afraid of.  In fact, Mark shared that during focus groups, consumers do not trust a company that has 100% positive reviews.  Negative reviews are an opportunity for you to have an open, honest conversation with a customer on a public platform, where others can appreciate it.

Reviews should be part of your social strategy and you need to think through your policy and approach in a methodical way.  Don’t just stomp your feet like Barbara. 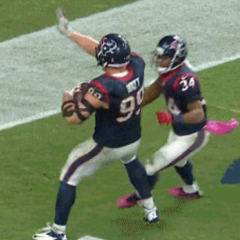