Living a life of yes! A conversation with Saya Hillman


In this Q&A feature, Social Media Week Chicago introduces local online media users and Social Media Week advisory board members to explain, in their own words, the role social media plays in their lives, personally and professionally.

Saya Hillman is the founder of Mac ‘n Cheese Productions, an organization that proclaims it helps people “live a life of Yes!” Saya runs programs like the Fear Experiment, where 20 strangers take classes in an art form they are self-admittedly bad at, then perform in front of a live audience. Other offerings include Minglers, a party where the only theme is no one can know each other, and Potluck! (A Smorgasbord of Ideas), a TED-style event of rapid-fire, six-minute talks. For more information on Saya, visit her website, follow her @SayaHillman or find her on Facebook.

Q: How did you first get involved with social media?

I had to be convinced to join both Facebook and Twitter. I back and forth’ed with [my] friend Nancy about Facebook, questioning, “Isn’t it just for college kids?” (I was seven years out of college). She had moved from Chicago to France and talked about what a great way it was to keep up with her friends back home.  I shrugged and without great expectations, joined Facebook July 2nd, 2007. Others’ first comments on my wall were on my choice of profile pic; point for narcissism, I was “hot” and “fine!” Ohh, maybe this Facebook thing is a good thing. But still my first post wasn’t until Sept. 22, 2007, when I shared a TimeOut Chicago write-up on my Mac ‘n Cheese Minglers (note: Minglers are no longer just for singles, they’re open to all!).

My first Twitter account lasted about a day. I had a handle something like @BritishCottage, because I love all things across the pond and all things quaint. A Scot friend of mine clued me into the fact that my handle was slang for gay sex. I switched to @sayahillman, did a “Whoops! Ignore my first tweet!” tweet, and then didn’t tweet again for about a year. I already had three email accounts and Facebook; why would I need another reason to sit at the computer, especially one that limited my hilarious creativity to 140 characters? But then [my] friend Katie shared with me how she used it (Facebook for real-life friends and Twitter for online friends and for finding community around topics her IRL friends didn’t care about, like pro-tennis and Minnesota sports); she mentioned how the travel community she built via Twitter was one of the ways she gained a blog-following and the courage to take the leap of traveling the former Soviet Union solo for a year.

It took me a while to come around to both Facebook and Twitter, but now, I’m 110 percent in!

Q: How do you bring social media into your work?

After being let go from my last 9 to 5 (job), I became an accidental entrepreneur. I had no idea what I wanted to do, just that I didn’t want “boss” to be a part of my vocabulary anymore. I made a list of all the things — no matter how ridiculous they sounded (i.e. playing board games on my couch with strangers)– I wished I could get paid to do. Eight years later, I’m living the most blissful life of self-employment and I attribute much of that to social media.  I’ve spent less than $300 in that timeframe on marketing and advertising, with 99.9 percent of my business being word of mouth and referrals. And oh how social media helps facilitate those processes!

I share an animated photo or a funny quote from an event of mine via Facebook or Twitter, and participants comment on what a good time they had, randoms ask how they can sign up, out of town friends beg me to bring Mac ‘n Cheese to their city, in-town friends “Like” or re-tweet, and what took me a minute to post stays at the forefront of internet chatter. And, bonus! Since the sharing comes from others, that self-promotion aspect that turns many off isn’t there (not to say I don’t self-promote; I’m the queen of “Hey, look at me!” I do what I need to do afford a Core Power Yoga membership and the occasional white-tablecloth dinner).

I’ve also found that social media is especially helpful for someone like me who isn’t a “teacher,” “doctor” or “receptionist.”  I have a hard time elevator-pitching what I do since I do the most random things, and social media has helped me learn to hone my messages and share images that tell the Mac ‘n Cheese story.

Q: What was your “ah-ha moment” with social media?

I had two ah-ha moments with Twitter. First, a friend Twitter-introduced me to a reporter who checked out my website via my Twitter profile (and) liked what she saw. Within minutes I was on the phone with her being interviewed, and the next week, I was in an article How to Create a Career without a Full-Time Job in US News & World Report. I love the speed with which things happen via Twitter, as well as not having to worry about spam filters or folks missing emails because of an overflowing inbox.

The second moment came when I was at a conference with a couple hundred people. When I saw everyone whip out their phones, iPads, laptops, my initial reaction was, “Can’t you just be present and turn off for a bit?  Can’t you just sit and listen?” But the hosts kept talking about hashtag this and hashtag that. I felt like I was missing out. On what I had no idea (What’s a hashtag?) but I knew I needed to be in on it. So I pulled out my MacBook Pro and started following along to the Twitter conversation about the conference I was at; I loved it! The commentary, the quotes, and best of all, the connections made. People started following me and I started following them based on tweets, and after sessions ended, people came up to me to comment on my Tweets. It reminded me of though I find smoking disgusting, how I used to wish I smoked when in the bar or concert-scene because bumming a cigarette off of someone was a great conversation-entrance point. Now I could go up to someone and say, “Loved your tweet about the pant-suit the speaker was wearing; so true!” That conference was when I fell in love with the idea of getting paid to be a live-tweeter.

Q: How do you measure success in social media? 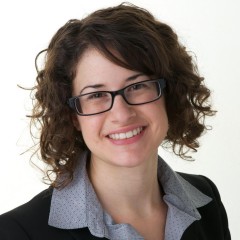