Ronke has been a journalist for more than 20 years and has been fortunate enough to enjoy a varied career in print, radio and television. She has worked both as a Presenter and Reporter – for national and regional television, both in the UK and abroad.
Earlier this year Ronke won a prestigious Amnesty International Award for her documentary, ‘Torso in the Thames’ in which she secured a major exclusive revealing the real identity of ‘Adam’ the child whose torso was discovered floating in the Thames 10 years ago. This is one of four awards she was given for the same programme! She also won a Royal Television Society award for her coverage of the verdicts in the Damilola Taylor trial in 2002.

Since 1999 she has been a Correspondent at ITV’s London Tonight, working on a number of special investigations including coverage of the release of the M25 three, the murder of Victoria Climbie and the July 7th bombings in London in 2005.

Ronke is also a freelance writer, her articles have appeared in a number of newspapers and magazines including the Independent, The Daily Mail, The Voice and Pride Magazine. She is a Patron of the Ebony Horse Club and a supporter of charities; the Vitiligo Society, the African Caribbean Leukaemia Trust and the Deaf Society. 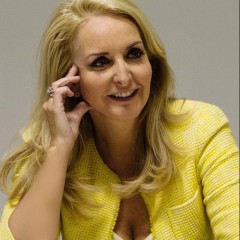