Infographics are a painless and attractive way to get familiar with a lot of data and information pretty quickly, right? We took a swing at creating our own infographic about how prevalent social media is in Nigeria, and we plan on creating many more before the SMW Lagos festivities commence (by the way, have you submitted an event idea yet?)

Below is a great infographic about Nollywood, Nigeria’s Hollywood:

If you’re interested in watching what all the fuss is about, look no further than Youtube. Nigerians have noticed the seemingly insatiable appetite for more Nollywood films. Problem: most of these films are straight to video or DVD, and Nigerians in the African Diaspora need a way to access these movies from their homes in the U.S., UK, and other countries. In the true spirit of openness and connectedness, people have taken it upon themselves to upload the films to Youtube for our viewing pleasure. These uploaders are usually regular people in their homes who simply share a passion for the movies, but Internet entrepreneur Jason Njoku took it to the next level in 2010 by founding iROKOtv, deemed the Netflix of Africa. As the largest legal digital distributor of African cinema, iROKOtv skyrocketed to a multi-million dollar business in just two years. There is a free registration and a $5/month subscription option for unlimited access to the 5,000+ films available. Films are Nigerian and Ghanaian, and also include films in some indigenous languages like Yoruba and Hausa.

Forbes named Jason one of “Ten Young African Millionaires to Watch” this past summer, making Jason and iROKOtv the perfect example of how the digital landscape provided a way to share a society’s culture to the masses while turning a profit. 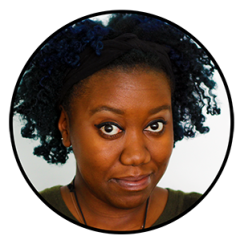