If you’ve ever listened to This American Life, the massively popular weekly radio show, or Planet Money, NPR’s excellent economy-explaining podcast, you know Alex Blumberg’s voice. I certainly did. Today, as he stands in front of the laptop he’s perched on a wooden chair atop a long table (a brilliant hack of a standing desk), it’s hard not to close my eyes and just listen.

That is, of course, exactly what Blumberg is hoping for. As reported on The Verge, in the brand-new offices of Gimlet Media, on the fifth floor of a downtown Brooklyn co-working building, amid piles of old furniture and terrifying art, Blumberg and his colleagues are attempting to build a big business out of podcasts. They’ve been chronicling their adventures in — what else? — a podcast, called StartUp. It offers an intimate, funny, and occasionally deeply awkward look at what it takes to start a company. The podcast quickly became popular, and so did Gimlet: Blumberg and his co-founder Matt Lieber raised $1.5 million in venture capital, hired a team, and honed their pitch. That pitch, in a nutshell: we’re entering a golden age of audio, the first since we all sat around radio cabinets and listened to The War of the Worlds. The future of radio is here.

PODCASTS ARE A DECADE OLD, BUT THEY’RE JUST STARTING TO MAKE NOISE

Podcasts aren’t new, of course. Even the term has been around for a decade or so, and now feels hilariously dated. (What is a pod anymore? Or, for that matter, a cast?) They have traditionally been thought of as two people sitting at a table with microphones, chatting aimlessly about… whatever. ESPN, for one, has built a huge podcast network on the shoulders of Bill Simmons chatting with his friends on The BS Report and its many other shows focused deeply on a single topic or a single host. Yet Gimlet Media and others are betting that there’s room for more. More production, more storytelling, more narrative. So far, it seems like they’re right. 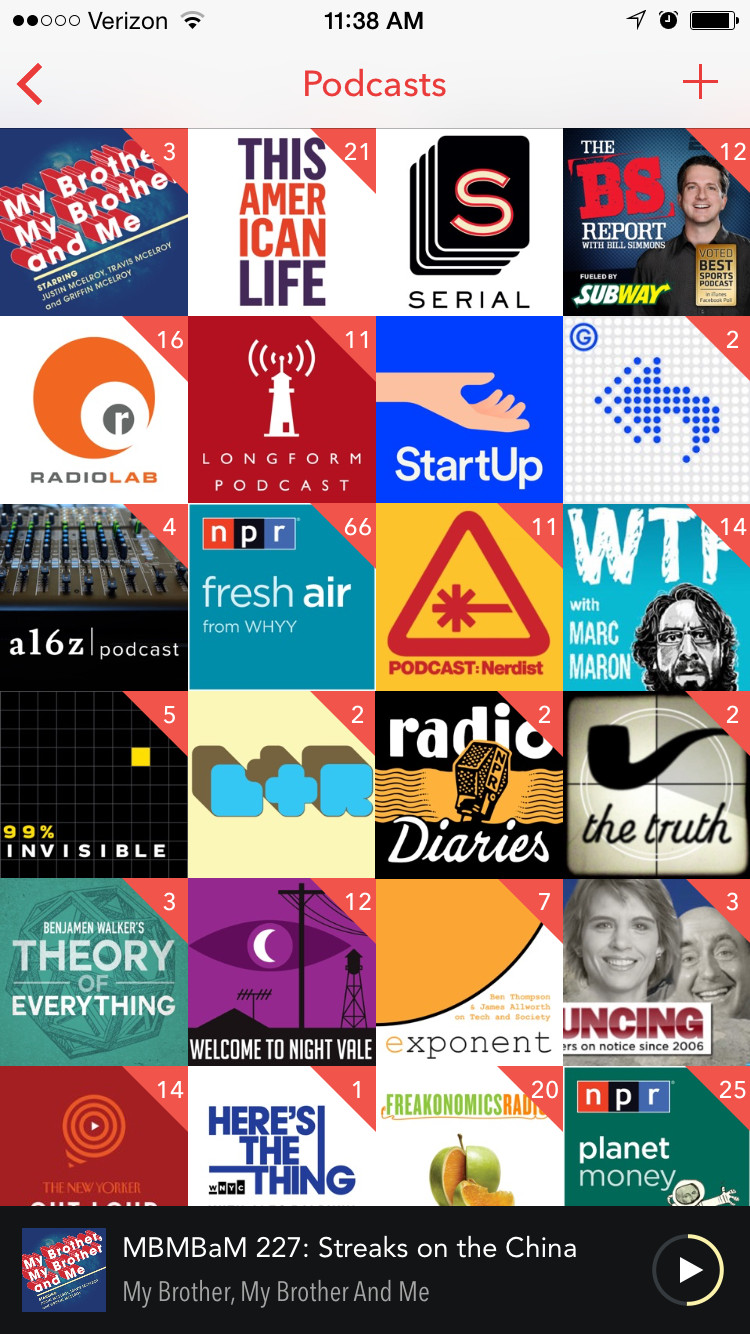 Hi my name is David and I am addicted to podcasts

Serial, the remarkable murder mystery told by Sarah Koenig (another This American Lifealum), is the fastest-growing podcast in history. It’s spawned discussion boards, truthers, deniers, other podcasts, and a level of fanaticism rarely seen this side of Lost.Radiotopia, a new network of shows anchored by the popular 99% Invisible, raised more than $600,000 on Kickstarter in an effort to create essentially an indie label for podcasters. The audience is growing larger and more dedicated, spending hours per day listening to shows about everything from fantasy football to terraforming.

As the shows and audience expand, the technology and infrastructure for podcasts is picking up as well. iTunes remains the behemoth of the podcasting industry, the place where most people find things to listen to. Apple now bakes a podcast app — and a decent one at that — into the iPhone, which has gone a long way toward making people aware of the fact that podcasts even exist in the first place. There are other great apps, too, like Overcast and Pocket Casts. 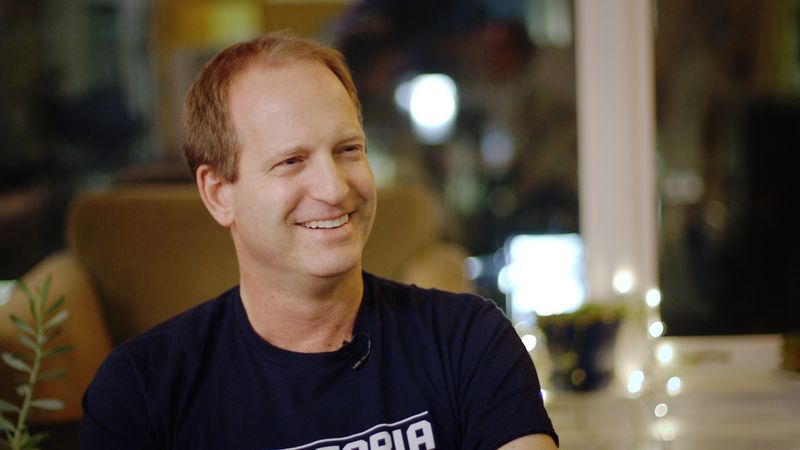 TuneIn and Deezer have both made commitments to podcasts, placing them among their more traditional radio offerings. Spotify, Pandora, and others are rumored to be doing the same. SoundCloud has done wonders for the podcast industry; more than one person told me that uploading and sharing audio online was an awful experience before SoundCloud made something universally embeddable. Apple’s CarPlay and Google’s Android Auto are poised to finally teach us how to connect our phones to our cars, meaning the hours a day we spend driving can be spent listening to what we want, not aimlessly scanning through FM frequencies.

LISTENING TO PODCASTS IS FINALLY AS EASY AS IT SHOULD BE

The opportunity for audio, at least according to Alex Blumberg, is huge. There’s far more room for audio in our lives than even video; we can listen to podcasts while we do dishes, mow the lawn, ride the subway, even while we work. The tech is there, in our pockets. All we need now is something to listen to.

So Blumberg clears his throat and starts talking. He reads his part of the script he’s written, then hits space on his computer and plays audio. Sometimes it’s Blumberg’s wife who begins to talk, other times it’s Matt Lieber, who sits in the room taking notes while his voice comes from Blumberg’s laptop. Blumberg soon stops the audio and speaks again, occasionally stopping and typing, editing his script on the fly. He apologizes every time he stumbles in his reading, which isn’t often. He says things like “establishing sound here that I haven’t pulled yet,” and sneaks bites of his lunch while others’ sound bites play. 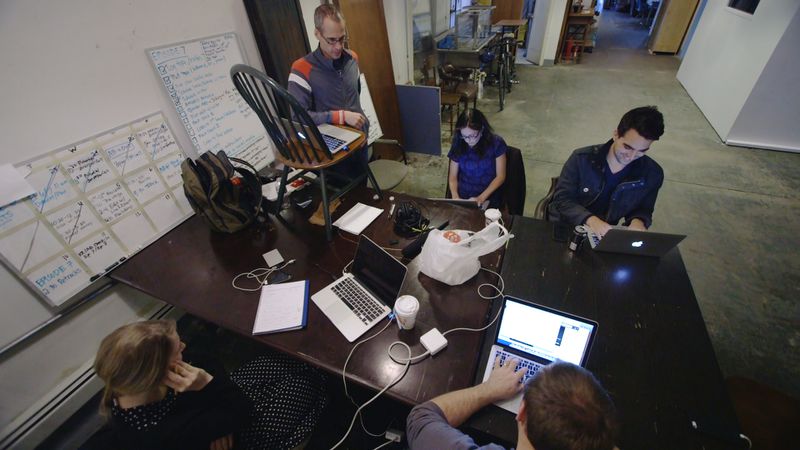 After 20 minutes or so, he’s gone through a rough cut of episode seven of StartUp, which the whole of Gimlet Media is nervous about. In it, Blumberg asks listeners for money. Money to make up the last $200,000 of the $1.5 million. He’s offering a few lucky listeners a stake in the company, while warning them of the risks and the many, many regulatory hurdles to investing. (After the episode aired, Gimlet raised the money in less than an hour.) He finishes reading, makes a face at his team, and says, “Well, there you go.” Everyone else furiously shares their Google docs with each other, and edits begin.

Making a podcast, even one about making a podcast, is hard work. But more than ever before, this is the right time to try. Podcasts won’t kill AM and FM as we know it, at least not anytime soon, but they’re on the precipice of becoming totally and utterly mainstream. They offer what we want, when we want, wherever we want. They’re our own personalized radio, with every topic, every show, and every host you love on exactly your own schedule.

Everything podcasts were named for might now be dead, but podcasts are just starting to come alive. The future of radio is here, and it’s awesome.